Electronic Cigarettes (e-cigs) and other “vaping” devices (such as JUUL or Suorin) are battery-operated products designed to deliver nicotine, flavor and other chemicals. They turn chemicals, including highly addictive nicotine, into an aerosol that is inhaled by the user. Most e-cigs are manufactured to look like conventional cigarettes, cigars, or pipes. Some resemble everyday items such as pens and USB memory sticks, and are known as tanks, vape pens, vaporizers, and e-pipes.

According to an article in JAMA Pediatrics, use of JUUL among teens increased again in 2019.

To assess the prevalence of youth tobacco product use, CDC and FDA analyzed data from the 2019 National Youth Tobacco Survey. They found: 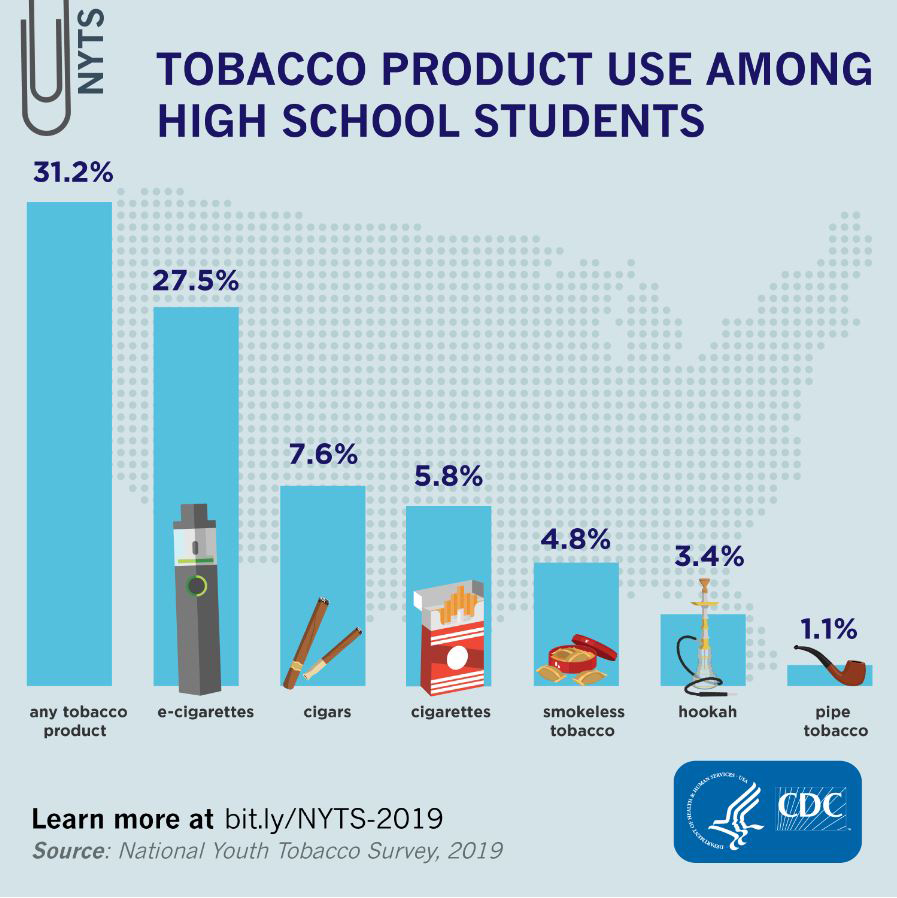 Current (past 30-day) tobacco product use among high school students, 2019:

Why is youth vaping a concern?

Does Vaping Lead to Quitting Smoking?

How Many American Adults Vape?

UW-CTRI is analyzing its second study on smoking and vaping. The first UW-CTRI study on smoking and vaping found no clear evidence that vaping e-cigs reduced smoking or lowered carbon monoxide levels in participants. The second study did find that dual users of e-cigs and regular cigarettes smoked fewer cigarettes per day, but were taking in the same amount of nicotine. UW is also conducting a study on the acute and long-term effects of vaping.

Other Fact Sheets on E-cigs

1) WHO 2014 Report on E-Cigarettes. Conference of the Parties to the WHO Framework Convention on Tobacco Control, Sixth session, Moscow, Russian Federation, 13–18 October 2014.