Event in Chicago Launches the 2008 Update of the Guideline

On May 7, 2008, the U.S. Public Health Service released the updated version of the Clinical Practice Guideline:Treating Tobacco Use and Dependence during an event at the headquarters of the American Medical Association in Chicago. More than 50 organizations reviewed and endorsed the Guideline Update.

More than 100 people attended. CDC Director Dr. Tom Frieden praised the guideline. The late Dr. Ron Davis, then AMA president, and Dr. Michael Maves, AMA CEO, urged doctors and other healthcare officials to follow the recommendations in the guideline to intervene with every smoker that quits and to provide the type of counseling or medication appropriate for each patient. 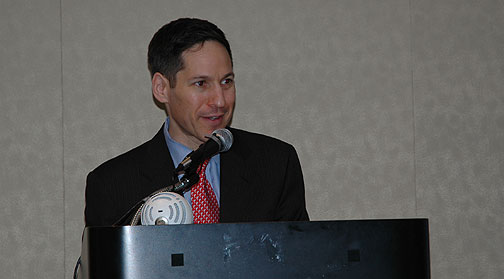 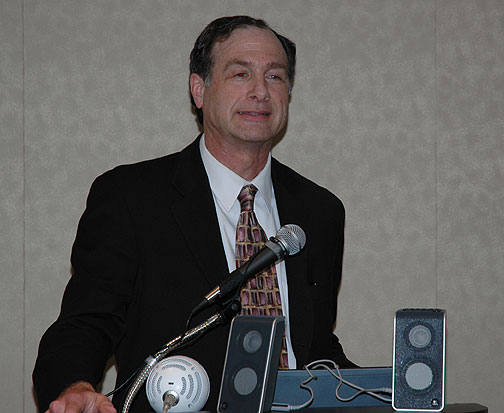 The late Dr. Ron Davis, former AMA president, spoke about the importance of doctors helping patients to quit tobacco use.

Dr. Michael Fiore, chair of the Guideline Update Panel, spoke about his uncle who died from cancer directly resulting from smoking. Dr. Fiore discussed the thorough process in assembling the guideline update.

Dr. Scott Leischow, president of the Society for Research on Nicotine and Tobacco (SRNT), and Dr. Carlos Jaén, vice chair of the Guideline Update Panel, spoke about the need to help patients quit. Dr. Sue Curry, SRNT president-elect, discussed progress in the evidence base for tobacco treatments for teens and adults since the last update in 2000.

Smith said she appreciated the help she received to quit eight years ago from the Wisconsin Tobacco Quit Line. Smith said her daughter, niece and nephew have followed her lead and also quit.

Reimer said her grandchild begged her to quit and the Quit Line helped her to break free from her addiction to tobacco. “They really cared,” Reimer said. “They helped me to quit.” 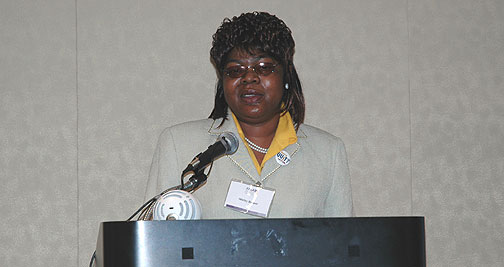 Shirley Reimer quit smoking with the help of the Wisconsin Tobacco Quit Line. Quitlines are recommended in the Clinical Practice Guideline as an effective way to help patients quit tobacco, and Reimer said she hopes more doctors and patients will seek their help because the Quit Line really helped her become healthier. 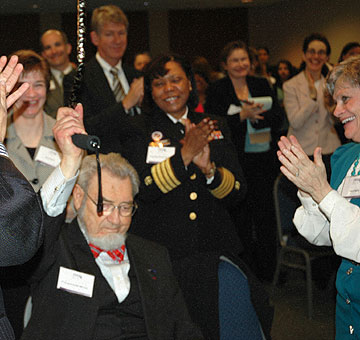 The guideline represents nearly two years of work by a 24-member panel, and has been informed by the input from many members of the Society for Research on Nicotine and Tobacco. The Guideline Update is designed to provide an evidence-based blueprint for clinicians and health systems to assist patients who smoke to successfully quit tobacco use.

The 2008 Guideline Update panel reviewed and analyzed more than 8,700 research articles on tobacco dependence published between 1975 and 2007, and includes the results of more than 50 meta-analyses.

The draft document was reviewed by more than 90 independent peer reviewers, as well as members of the public through a Federal Register listing. It was sponsored by a consortium of eight Federal Government and nonprofit organizations: the Agency for Healthcare Research and Quality (AHRQ); Centers for Disease Control and Prevention (CDC); National Cancer Institute (NCI); National Heart, Lung, and Blood Institute (NHLBI); National Institute on Drug Abuse (NIDA); Robert Wood Johnson Foundation (RWJF); The American Legacy Foundation; and the University of Wisconsin Center for Tobacco Research and Intervention.

In addition, an electronic summary of the Guideline written by the panel has been published in the American Journal of Preventive Medicine and a commentary has been published in the Journal of the American Medical Association (JAMA) by Dr. Carlos Jaén and Dr. Michael Fiore: “A Clinical Blueprint to Accelerate the Elimination of Tobacco Dependence.”