The Wisconsin Department of Health Services, ad firm KW2 and UW-CTRI are partnering to run advertisements to promote the Wisconsin Tobacco Quit Line across the state. The ads began February 21 and will run through March 14.

Prior to those ads, UW-CTRI ran TV ads in Green Bay on WLUK Fox 11 to promote the Quit Line Disparities study, including spots around the Daytona 500 NASCAR race. The rationale was to promote callers to the Quit Line to help study enrollment before that window closes.

The US Office of Smoking and Health will also be running fresh ads as part of the Tips From Former Smokers campaign from April through September. In addition to promoting the 1-800-QUIT-NOW, Tips ads will now also promote text messaging services, available in English and Spanish, designed to connect people with text support to help them quit smoking. The National Texting Portal, developed in collaboration with the National Cancer Institute, will connect people to state resources or route them to NCI’s SmokefreeTXT if text messaging services are not available in their state. CDC will promote the portal on YouTube during the Tips media buy. The ads will encourage people to text QUITNOW to 333888 for free help in English or text DÉJELO YA to 333888 for free help in Spanish.

Teens who want to quit vaping can get free help through the Live Vape Free program by texting “VAPEFREE” to 873373. When they text Live Vape Free, they’ll get text support to help them leave e-cigarettes behind for good. 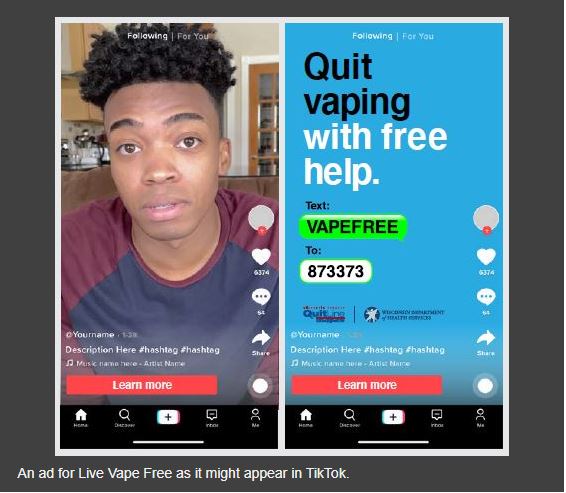 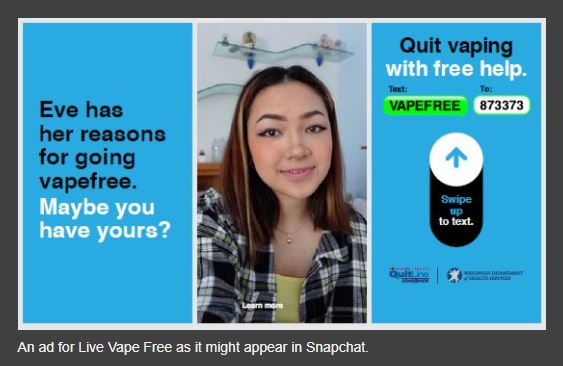 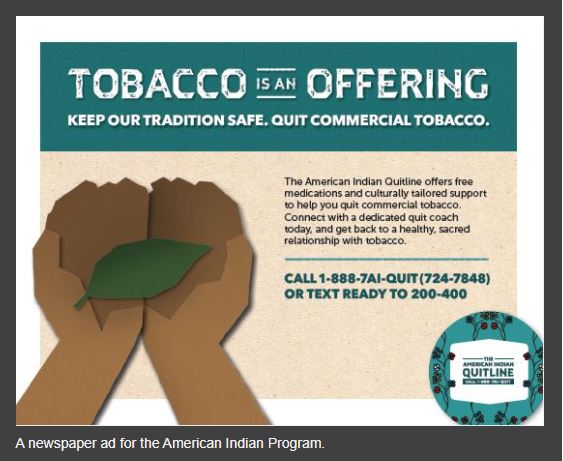 Melissa Doud, program director for GLITC and WNATN, and Spencer Straub, Media & Communications Coordinator for the Wisconsin Tobacco Prevention and Control Program, led the creation of the ad campaign that includes newspaper ads, billboards, website ads and social media posts. Doud has also done creative things like printing the Quit Line logo on match books and asking tribal businesses to include them in checkout bags. GLITC and WNATN representatives provided input into the creation of the campaign. 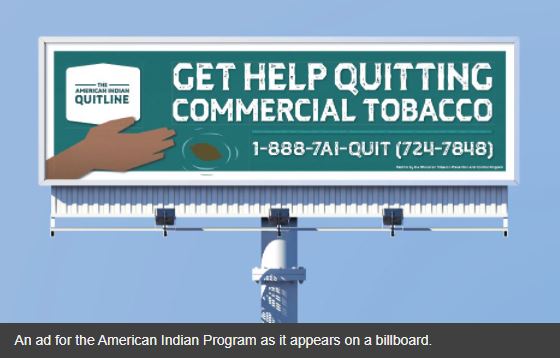