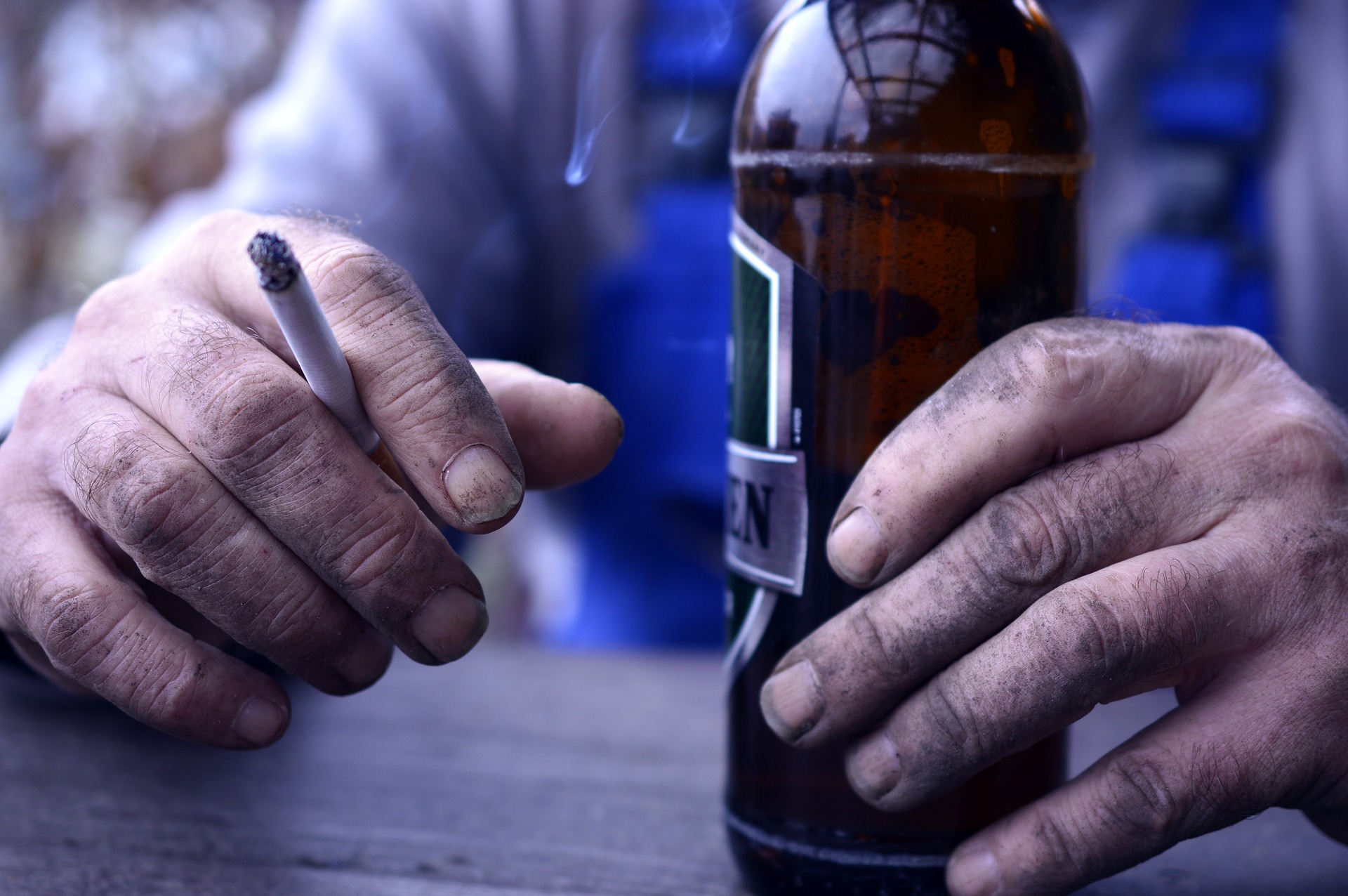 David “Mac” Macmaster’s father was an alcoholic and a smoker. His dad eventually quit drinking, but it might be no surprise that Mac also struggled with those addictions—including while he served in the Canadian Navy during the Korean War.

“I got in so much trouble while I was in the Navy,” Macmaster said. “It was awkward, I realized I couldn’t relate to people. I couldn’t function until I shut down my addictions.”

On October 8, 1956, he went to his first Alcoholics Anonymous meeting; it was Thanksgiving Day in Canada. “I went to address what my drinking had done to my life—tremendous chaos, to the point where I was suicidally depressed. I have a lot of addiction in my family history. My dad was in recovery.

“I learned I can put things like that aside in recovery,” Macmaster said. “It’s not easy, but it’s possible. For a person who didn’t fit in anywhere, to be in a place where I fit in everywhere, what kind of a gift is that?”

It was the start of a journey to eventually working with UW-CTRI and the Wisconsin Department of Health Services to change countless lives for the better.

1950s and 60s
In the 1950s, Macmaster started volunteering to help others quit addictions. In the 1960s, he completed a certificate program at Niagara College and realized smoking was an addiction like any other drug dependency.

“Quitting smoking in 1963 is probably an explanation of why I’m still alive at 85,” Macmaster said. “I’m also an advocate for 12-step programs based on anonymity. In those days, when they started those programs, there was tremendous stigma. It’s still true today, but nothing like it was back then.

“In 1952, when they first started to identify alcoholism and drug addiction as disorders, they had us placed as ‘personality disorders,’ and the category they had was sociopathy, which meant that an alcoholic or drug addict had no conscience and didn’t care about anything except getting high or drunk.”

Now, they’re known as Tobacco Use Disorder and Alcohol Use Disorder. “The recovery support programs we have now are so important because we don’t have to be anonymous or ashamed. We can say, ‘I’m trying to do something constructive with my life. I’m trying to make my life count.’”

1970s and 80s
In the 1970s, Macmaster began a counselor training program residency on an inpatient chemical dependency unit. He completed a year-long residency in the Alcohol/Drug Abuse Counselor Training Program and was certified by the Iowa Department of Health. In the late 70s, he participated for two years in a degree program for chemical dependency professionals at the University of Minnesota. He worked as an outpatient alcohol and drug-abuse counselor at Northeast Iowa Alcohol and Related Problems Service Center in Decorah, Iowa.

1990s
Macmaster qualified as an advanced member of the American College of Addiction Treatment Administrators—equivalent to master’s level work. In the early 90s, he was a project manager on community partnership grants in Onalaska, Wisconsin. He also served as a residential counselor and marketer at St. Clare Center in Baraboo, Wisconsin. In 1995, he qualified as Certified Alcohol and Drug Abuse Counselor (CADCIII) by the Wisconsin Certification Board. In 1997, he qualified as a certified prevention professional, Wisconsin Certification Board.

2000s
In the 2000s, he was a consultant on tobacco recovery and treatment integration. Research showed people who quit smoking while undergoing other addition treatment were 25 percent more likely to quit all their addictions.

He and Dr. Eric Heiligenstein founded the Wisconsin Nicotine Treatment Integration Program (WINTIP), collaborating with the Wisconsin Department of Health Services and UW-CTRI. In 2005, he qualified as a provisional tobacco treatment specialist, trained by the Mayo Nicotine Dependence Center.

In 2007, Macmaster helped form the WINTIP Steering Committee, which for 13 years has provided expertise on integration into health systems, grant writing, state protocols, licensing and marketing.

“I’m proud that we’ve surfaced the idea that tobacco use should be treated as tobacco-free recovery, and of our recommendations on how to make that happen. I see webinars using that term now, whereas I never saw that before, so I’m proud of that. And then doing the research, going to other states like New Jersey, who have done it. I’m really proud that I’ve been working with UW-CTRI. And then I’m grateful for the involvement with Bruce Christiansen and WINTIP. To have Bruce’s expertise on grant writing and skill enabled us to take that to a highly professional level.”

Macmaster points out that Wisconsin has a culture that celebrates drinking—even the pro baseball team is named after it. “Yet we have the message that recovery is really possible.” His son is 20 years into recovery. The Prodigal son has a prodigal son. “I’m proud of him,” Macmaster said.

“I was given a new chance at a new life.” Now he wants to pay it forward. And he has. WINTIP offered mini-grants to places like Meta House in Milwaukee (left), as featured in the Milwaukee Journal Sentinel.

Those small grants created enormous change, such as smoke-free campuses and people who have become free of all their addictions—many of them parents. 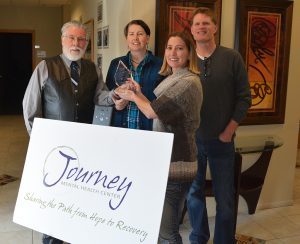 WINTIP now gives awards to recovery centers and healthcare systems that help their behavioral health patients to quit tobacco use. It’s called the Mac Award. He has presented it to recovery centers like Libertas and Journey Mental Health (below right).

Macmaster realizes his passion for recovery can run hot and long sometimes, and joked, “I never use a sentence when a paragraph will do. The unfortunate part is people will die unnecessarily because we are not doing what we can do and should do. I’m frustrated that people who are in a position to make the more major changes are not willing, able, or have not been invited.”

Hundreds of treatment providers have taken the WINTIP online training and used the integration standards toolkit, received continuing education credits, and developed plans to integrate treatment into their standard recovery care. That lives in perpetuity.

On a recent webinar with Wisconsin Voices of Recovery, former Wisconsin Badger football player and NFL running back Montee Ball, who now is in recovery from alcohol addiction, asked Macmaster what’s his favorite part of being free of tobacco and alcohol.

Mac said, “Hope. Now I know, no matter what happens, there’s a chance that things can get better.”