More than 80 percent of smokers living in spaces supported by Housing and Urban Development (HUD) in Milwaukee reported they made at least one positive change to their tobacco use thanks to the 2018 rule prohibiting smoking within 25 feet of HUD housing.

The results from a survey, conducted by a coalition led by the Wisconsin African American Tobacco Prevention Network (WAATPN) and including UW-CTRI—were published in the journal Preventive Medicine Reports.

The survey of 574 HUD residents in 2019 also showed that nearly half tried to quit or cut down, and 6.4 percent successfully quit. A third took their smokes 25 feet away from the building, while a fifth made no change.

WAATPN Director Lorraine Lathen, lead author of the paper, and UW-CTRI Researcher and co-author Dr. Bruce Christiansen, presented on a web meeting to the national Cessation Workgroup, comprised of public health officials from across the federal government. Lathen said one challenge was how to reach HUD residents and convince them to take the survey.

So they partnered on events, in one case joining in on an event held by HUD residents who wore all white clothing but needed a photographer; so the survey group served as the photographers in exchange for the residents completing the HUD smoke-free housing survey.

“Other examples of events include a movie night, fish fries, and a mobile library event,” Lathen said. “Incentives included movie treats and snacks, lunch or dinner, household cleaning products, beauty supplies and children’s books.” They also followed the Pick ‘N Save food trucks that travel to public housing sites so residents could purchase fresh produce and food at a reduced cost.

“We had a modest budget, but we found ways to make it work,” Lathen said.

They used online surveys on tablets and paper surveys. They took less than 10 minutes to complete and 94 percent were completed. 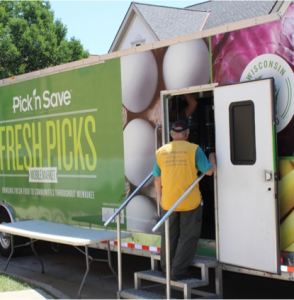 “We’d love to replicate this model throughout Wisconsin and the nation,” Lathen said. 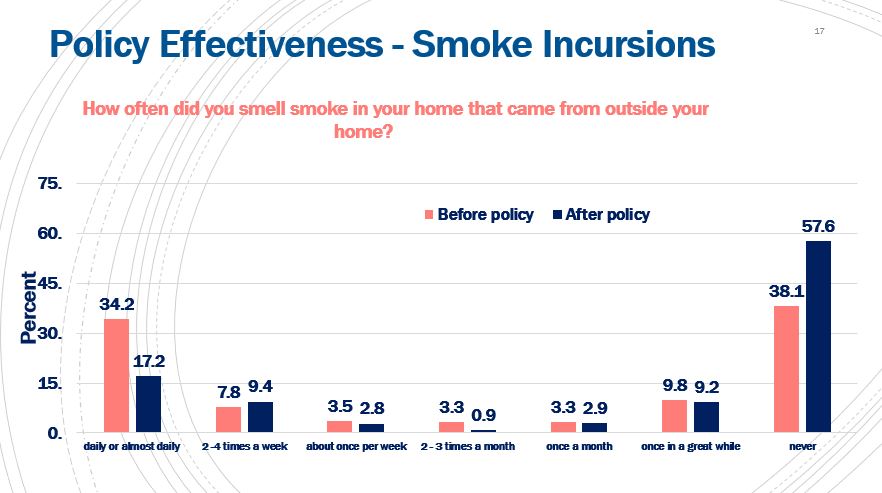 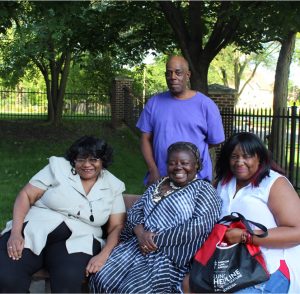 Representatives from throughout the federal government were impressed with the work and pleased to hear the mostly positive feedback. Yet they know more work is yet to be done with residents who aren’t complying.

“A single smoke-free violation is not a reason to evict,” said Leroy Ferguson of HUD. He added that HUD is not out to take a punitive approach and to evict people for smoking within 25 feet of the residences. Instead, they want to work with the person to follow the HUD rule.

If there are other violations going on, those are addressed separately; if not fixed, it could lead to not renewing their lease, Ferguson said. But the focus is on helping the HUD resident to either quit smoking or respectfully follow the HUD smoke-free air law. 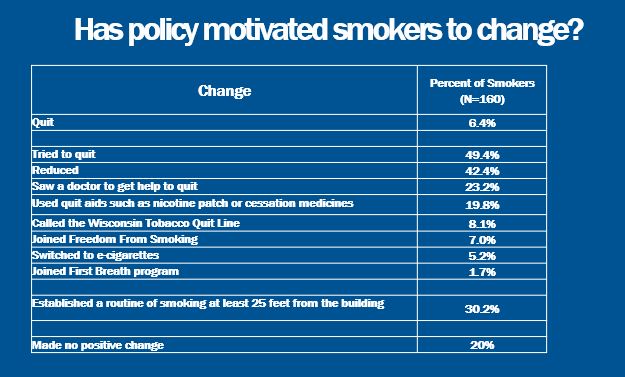