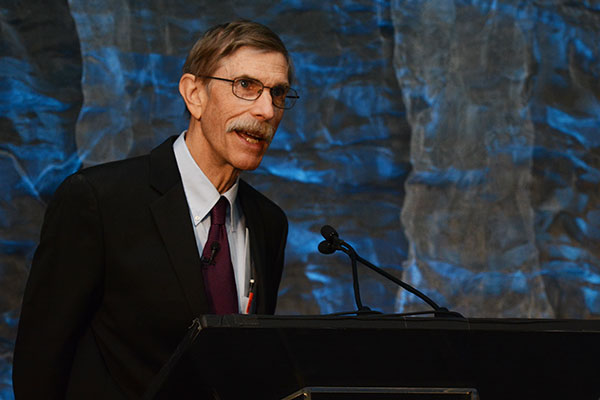 UW-CTRI Research Director Dr. Tim Baker received the 2016 Ove Ferno Award at the 2016 annual meeting of the Society for Research on Nicotine and Tobacco (SRNT) at the Grand Sheraton Hotel in Chicago. The award honors scientists who have made groundbreaking advances in clinical research. It recognizes those who have made a significant impact on the understanding of nicotine addiction and treatments to help patients quit tobacco use. 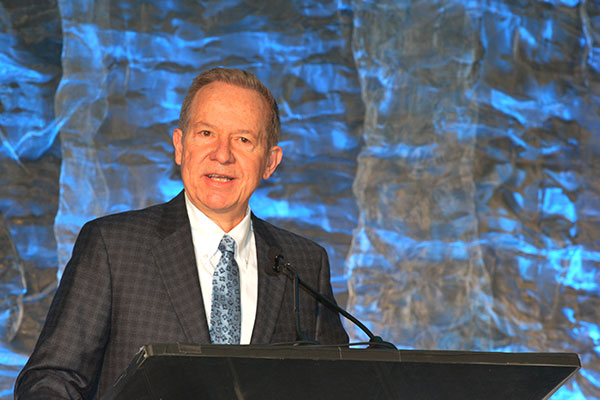 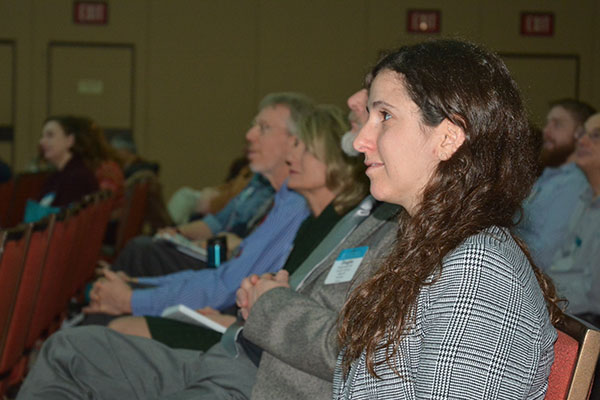 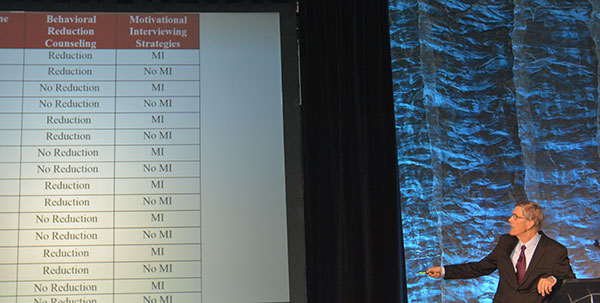 After accepting his award, Dr. Baker spoke to SRNT attendees about what the field knows about tobacco addiction and what is left to learn. He encouraged colleagues to explore the content of coaching to help people quit, because that content matters for outcomes, and to have it inform digital interventions. He also discussed how factorial designs can pinpoint details of the effects of treatments — or lack thereof.

A professor of medicine at the UW School of Medicine and Public Health, Baker has been director of research at UW-CTRI since its inception in 1992. In 2008, the National Cancer Institute awarded Baker a five-year career scientist award.

Baker has made significant contributions to psychological clinical science, elucidating the behavioral, cognitive, and affective processes involved in tobacco dependence, cessation, and relapse and the degree to which treatments affect these processes. He served as the senior scientist on all three panels that produced the United States Public Health Service Clinical Practice Guideline: Treating Tobacco Use and Dependence (1996, 2000, 2008). This document provides a gold standard for healthcare providers on evidence-based treatment of tobacco use. Baker has published more than 200 peer-reviewed articles, including recent ground-breaking research on how genetics relate to nicotine addiction. He has served as PI or co-PI on five major NIH center grants and has led a rigorous, transdisciplinary, and translational program of research on addiction for more than three decades. Baker uses state-of-the-art methods and collaborates with peers at universities across the country. A former editor of the Journal of Abnormal Psychology, one of the top psychology journals, Baker has worked to develop and promote the Psychological Clinical Science Accreditation System.