Megan Piper, PhD, is a Professor in the University of Wisconsin Department of Medicine and is one of three UW-CTRI Directors of Research.

Dr. Piper’s research focuses on understanding and treating tobacco dependence among people who smoke and use e-cigarettes, with an additional interest in different populations of people who have more difficulty quitting, such as women and smokers with mental illness.

Dr. Piper began her work at UW-CTRI in 1999 when she collaborated on the Public Health Service Guideline: Treating Tobacco Use and Dependence that was published in 2000. She then served as the Project Scientist for the 2008 PHS Guideline update. 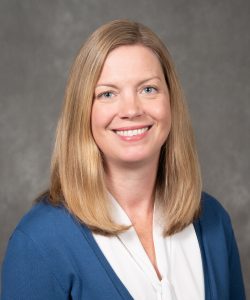