Christopher Hollenback is the communications director at UW-CTRI. In 2021, the dean bestowed distinguished status for Hollenback’s contributions to the university and to public health. Under his direction, the UW-CTRI Website has been ranked #1 worldwide by Google for searches with keywords “tobacco research” and “quit line.” He has lead communications efforts for dozens of research studies and outreach projects for nearly two decades.

Before starting at UW-CTRI, Hollenback has worked for organizations such as HospiceCare, American Family Insurance, the Green Bay Packers, and San Francisco 49ers. He was the communications director for a nonprofit in San Francisco serving people with developmental disabilities, where he founded a literacy program. He has contributed to AARP Bulletin—the publication with the highest circulation in the nation—as well as Packers.com and ESPN The Magazine.

He is a published novelist and screenwriter. He served as the story consultant for the movie Scouts Honor: Inside A Marching Brotherhood, which won several awards at film festivals. He graduated from the University of Wisconsin with degrees in journalism and political science. 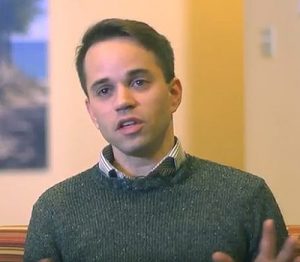 To schedule an interview with an expert on smoking, vaping, or how to quit, contact: