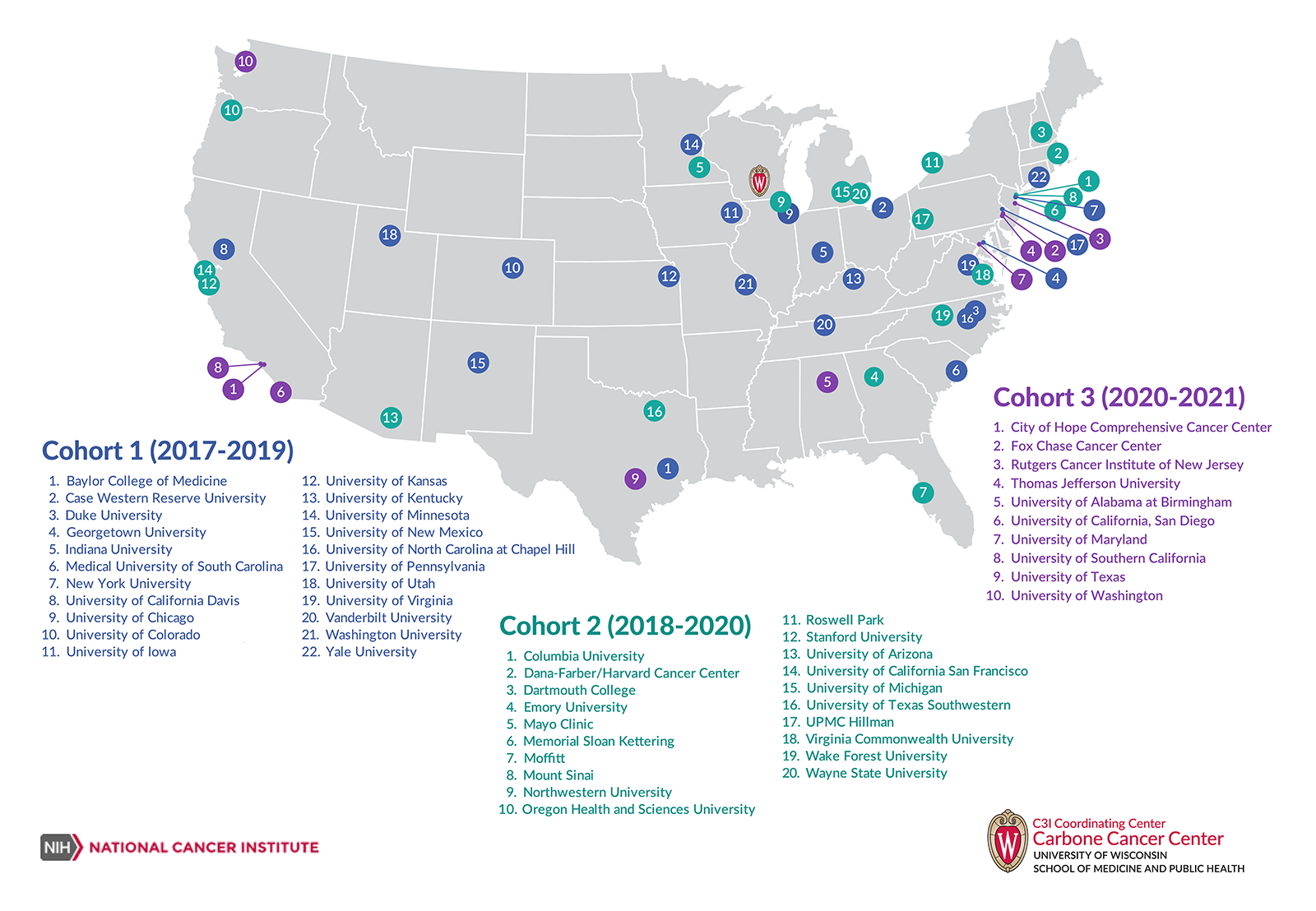 Typically in healthcare, what gets paid for gets done, so the fact that so many centers have remained engaged in the project after C3I funding ceased shows the level of commitment to helping cancer patients quit tobacco use, and to working together.

“We continue to show value, to add value to their work,” said UW-CCC Assistant Director and Principal Investigator of the C3I Coordinating Center Dr. Betsy Rolland. “They learn new things, discuss programs with their colleagues. It’s not limited to the cancer centers from the cohorts; anyone who is doing tobacco cessation with cancer patients can be part of this consortium. It’s an incredible network.”

The goal is to integrate tobacco treatment into oncology care in a sustainable way. NCI requests a commitment up front from the cancer centers to sustain this integration past funding timelines, and C3I helps them do so using electronic health records and other tools that can prompt tobacco intervention and facilitate it without burden or staff fatigue.

Among the speakers were Dr. Robert Croyle, director of the NCI Division of Cancer Control and Population Science. Croyle discussed how President-elect Joe Biden brokered the bi-partisan deal for the Cancer Moonshot in 2016 to honor of his late son Beau Biden, who died of cancer. The Cancer Moonshot is part of the 21st Century Cures Act passed in December 2016, which authorized $1.8 billion in funding for the Cancer Moonshot over 7 years. Croyle is eager to share with the President-elect an update on how C3I has put its part of that funding to good use to help cancer patients quit tobacco.

“The groups host monthly meetings, open to anyone within C3I or other researchers who are interested in the topic,” Rolland said. For example, the Family Systems and Equity and Diversity groups are collaborating on educational materials for families of patients who smoke, with an emphasis on families of various disparity groups. It’s another sign of stability and commitment. “That’s really exciting,” Rolland said.