A UW-CTRI study found that nicotine gum increased the likelihood of making quit attempts in those who wanted to smoke less but not quit.

Reaching those who are willing to smoke less but are not fully ready to quit may fill a gap in tobacco treatment, said senior author Dr. Jessica Cook.

“To date, most treatment offered to smokers has targeted quitting. But, the majority of the smoking population at any given clinic visit isn’t ready to quit,” Cook said. “So it was important for us to develop an alternative to cessation treatment that can engage more smokers in treatment and help them to make quit attempts sooner than they otherwise would have, and ultimately help them quit.” 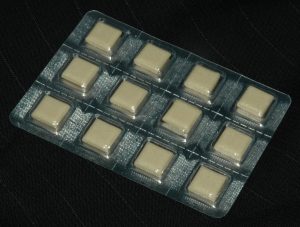 The goal of the study was to examine which treatment factors increase the likelihood of quit attempts, as well as the use of cessation treatment.

The following treatment factors, all of which were administered during a 6 week period to smokers not yet ready to quit, were tested: Nicotine Patch, Nicotine Gum, Reduction Counseling and Motivation Interviewing Strategies. 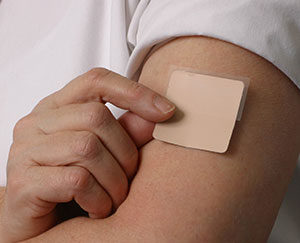 Another finding is that the nicotine patch, when used as reduction treatment, discouraged the uptake of cessation treatment during a quit attempt. Cook said that although the reason for this is unclear, it appears that patch might not be an effective motivation-phase treatment option. According to the paper, it is possible that those who use the patch before quitting may forgo receiving cessation treatment when they do decide to quit.

Participants were able to request cessation treatment at any point in time during the study.

“Based on our results, we believe that using nicotine gum while working on reducing smoking encourages smokers to make a quit attempts, and using cessation treatment during this attempt really boosts the likelihood of staying abstinent,” said Cook.

Cook said there are many reasons why those who smoke may be reluctant to quit.

“Maybe they don’t have the confidence to try and quit, they might have had difficult experiences with trying to quit in the past, or they have [stressors] in their life and feel like it’s hard to give quitting the attention they feel it deserves,” Cook said. “And finally, smoking is a powerful addiction, so it can be incredibly difficult for people to feel ready.”

Overall, this research shows that using nicotine gum as a reduction aid might give smokers the extra boost that they need to try and stop smoking.