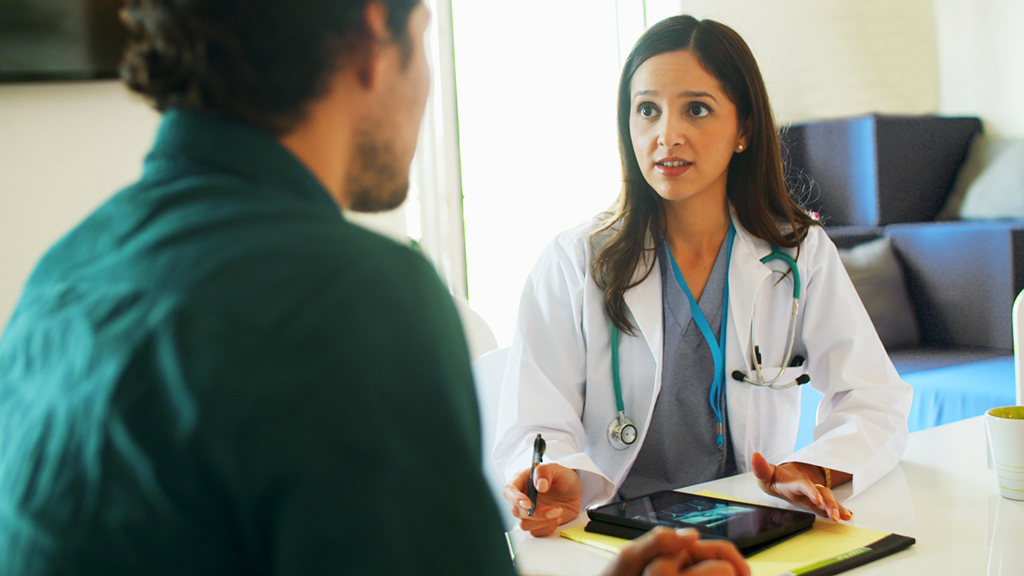 “This is a credit to the entire Wisconsin Tobacco Prevention and Control Program, led by Vicki Huntington,” (left) said UW-CTRI Director Dr. Michael Fiore. “We are proud that UW-CTRI is a part of that effort.”

The UW-CTRI Outreach program, led by UW-CTRI Outreach Director Rob Adsit, features four regional outreach specialists—Roger Dier, Amy Skora, Allie Gorrilla, and Alex Peeters—who work with health systems across the state to encourage providers to intervene with their patients and educate on how to efficiently and effectively do so.

In part, it’s due to work led by Adsit, Mark Zehner and others at UW-CTRI who have partnered with Epic to integrate tobacco dependence into electronic health records (EHR). Bruce Christiansen leads the Wisconsin Nicotine Treatment Integration Project (WiNTiP), along with WiNTiP Managing Consultant David MacMaster, to encourage behavioral health providers to intervene with their patients who smoke at higher rates than the general population. Some UW-CTRI research studies even incorporate tobacco treatment into the EHR, in some cases including electronic referral to treatment such as the Wisconsin Tobacco Quit Line or a national text-based intervention called SmokeFreeTXT. And, UW-CTRI, under the direction of Fiore, years ago led the movement to make smoking a vital sign for all patients at every visit.

State coalition workers and state ad campaigns also help to encourage residents across the state to talk to their doctors about how to quit tobacco use.

“It all adds up, and it’s wonderful to see these partnerships—and others—across the state pay off with Wisconsin clinicians helping patients to quit,” Adsit said. “We couldn’t do it without the support of the Wisconsin Tobacco Prevention and Control Program, and we thank Vicki, Karen Doster, and Spencer Straub for their support and partnership.”

Wang and colleagues found that at least two-thirds of adult cigarette smokers in all states expressed some interest in quitting. “The marked variations observed across states may be attributable, in part, to differences among states in the presence of proven population-based interventions (eg, smoke-free policies), state tobacco-control-program funding levels, and access to proven cessation treatments such as counseling and medication,” they wrote.