A team of UW-CTRI researchers led by Dr. Jessica Cook have completed enrollment of a Merit Award study at the Veterans Administration (VA), enrolling 122 Veterans. They also have submitted an application for a second merit-award grant for a study that would help 500 more Veterans quit smoking or cut down.

For the current Merit Award study, the primary objective is to produce an empirically validated treatment that increases smoking cessation by Veterans with posttraumatic stress disorder (PTSD), one that can be easily integrated into smoking-cessation clinics and/or mental-health clinics within VA facilities.

“This new treatment, behavioral activation therapy, might be a way to not only help Veterans quit smoking,” Cook said, “but may also alleviate some of their PTSD symptoms—especially among Veterans who are avoiding seeking mental health treatment. Smokers with PTSD have an exceptionally hard time quitting, potentially because smoking helps them cope with their symptoms. We are really hoping what we’re doing will have an impact.”

And the need is deep. Cook said that all of the Veterans in the study have experienced signifciant trauma, and addressing their underlying PTSD symptoms could be a key to ending their addiction to tobacco.

“The type of trauma a Veteran experienced does not influence who is enrolled into the study,” Cook said. “PTSD is PTSD, whether it results from childhood abuse or combat trauma. We know that those who choose to enroll in the military are more likely to have childhood trauma. Research shows that a history of trauma increases the likelihood of developing PTSD after an additional trauma.”

The group may examine the data on how the source of trauma affects ability to quit smoking.

“It feels really gratifying to know we’ve completed enrollment and will hopefully be able to learn something from the data that could help Veterans who have sacrificed so much already,” Cook said.

Of those enrolled, 59 have completed the study. Veterans of all ages—from their 20s to septuagenarians—have met with UW-CTRI Researchers Elana Brubaker and Kirsten Webster, and have spoken over the phone with Marika Rosenblum. Some participants in rural areas have participated via video calls.

“Preliminary analysis of the data suggests that Veterans in this study are quitting at a fairly high quit rate relative to other cessation studies of Veterans with PTSD,” Cook said, “and it’s possible that treatment intensity is what works for these patients. Veterans in the study receive eight one-hour, face-to-face sessions.”

Behavioral activation therapy is being compared with a comparably intense control condition that involves providing health and smoking education to Veterans. In addition, both treatment groups receive standard smoking-cessation counseling and 12 weeks of nicotine patches and either nicotine gum or lozenges. Counseling sessions are delivered weekly for eight weeks. Abstinence will be assessed at 12, 20, and 26 weeks after the quit date.

“They’ve been very receptive to the behavioral activation therapy,” Webster said. “I’ve also been surprised how many people have been receptive to the control treatment. A lot of Veterans like that because they can talk about what they want to talk about and it’s not quite as structured.” Different treatments have worked better for different people, and fit matters, Webster said.

The study team agreed that the key to filling the study was following up with Veterans. Rosenblum said she often called individuals four times, and the fifth time they agreed to enroll. “Motivation to quit is ephemeral,” Cook said.

Another key was expanding the requirement for in-person visits to also accept telemental health visits via video conferencing, especially for patients from rural areas.
Once recruited, retention has been strong. “We’ve heard from Veterans that they like coming here,” Webster said. “Many are isolated. People will thank you just for calling.” 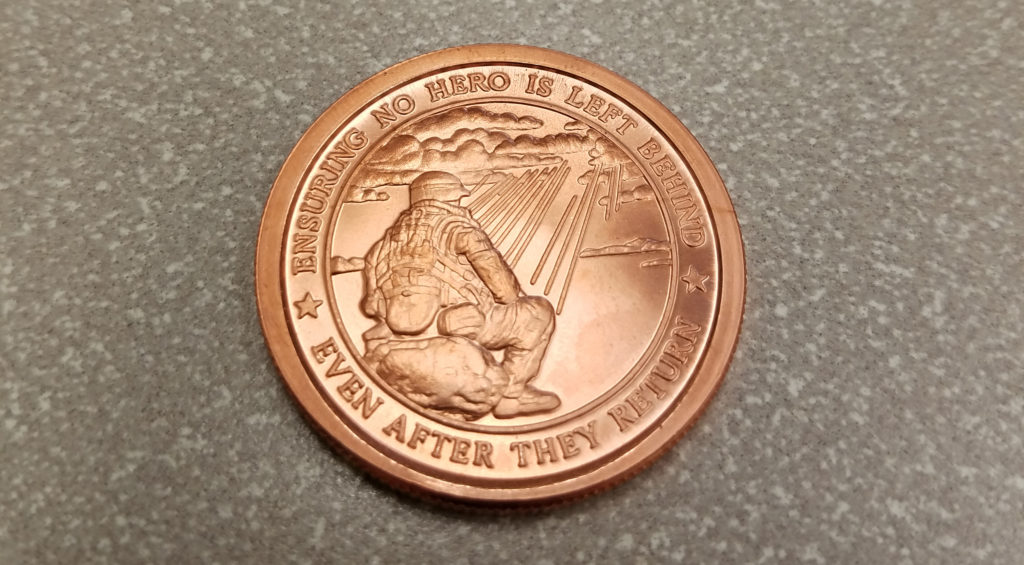 Cook credits her team. “These three women are incredible, the way they interact with Veterans and the rapport they’ve developed with each participant has been outstanding.” Patients have taken to giving them nicknames (the “Smoking Girls”) and tokens of appreciation (military coins).

“They recognize that the VA really cares about them,” Webster said. “There’s a whole lot of support coming from the VA.”

“This has been very gratifying,” Brubaker said. “You get to see the difference you’re making in people’s lives every single day. Whether that’s helping people quit or just giving them someone to talk to when they don’t necessarily have that in their lives, that’s the part of the job that gets you coming back every day.”

“We had one guy in his 30s whose motivation was to be around for his grandkids,” Webster said. “He wasn’t married and had no kids, but his motivation was his future grandkids.”

Rosenblum said Veterans recognize they are part of a group and are motivated by a willingness to help the collective. “So many people will say, ‘yeah, I’ll do it if I can help other Veterans.’”

“The UW-CTRI team at the VA has had such a tremendous positive impact on the lives of many Veterans,” said UW-CTRI Director Dr. Michael Fiore. “I’m excited to see the results of the first Merit Award. On behalf of the Center, I congratulate Dr. Cook and her team.”