Helping Smokers Before a Quit Attempt Increases Chances for Success, as Does Extended Medication

This research, funded by the National Cancer Institute, explored numerous smoking interventions that were delivered across the many phases of smoking treatment: i.e., motivating quitting, preparing to quit, quitting, and maintaining abstinence. Using highly efficient factorial designs, this series of 3 experiments identified the most promising interventions out of the many evaluated. For instance, smokers who got coaching and medications before a quit attempt—along with continued coaching after quitting—were more likely to quit smoking, according to new research published in the journal Addiction. Specifically, participants who received nicotine gum in preparation for a quit attempt plus intensive in-person counseling during the quit attempt were more likely to be smoke-free after 16 weeks (42.8%) than were participants who received only 1 of these components (31.1% or 29.1%) or neither (36%).

“What we found was that it helps to provide treatment to patients before they actually stop smoking,” said Dr. Tim Baker, a Principal Investigator and Director of Research at UW-CTRI. “It’s a bit like teaching a person how to parachute before the person jumps out of a plane. This study helped people quit and measured which treatments given before, during, and after a quit attempt show the most promise.”

Researchers also found that a particular counseling strategy, known as behavioral reduction counseling, helped smokers who were initially not interested in quitting. This type of counseling helped them decide to quit and succeed.

Twenty-six versus 8 Weeks of Nicotine Patch + Nicotine Gum increased abstinence rates from 34% to 43% at 6 months post-quit, and from 27% to 34% at 1 year. These success rates compare well with those of many intense, evidence-based treatments, which typically range from 15% to 35% abstinence at 6 months.

The findings resulted from a $9 million, 5-year grant from the National Cancer Institute that studied various quit-smoking treatments in 11 primary-care clinics in Wisconsin. In this study, known as the UW Partnership to Assist and Serve Smokers (UW-PASS), UW-CTRI delivered seamless, cutting-edge treatments for more than 1,500 smokers, including those who were ready to quit and those who weren’t.

This research relied on the Phase-Based Model of Smoking Treatment, which guided the selection of intervention components to be experimentally evaluated for the different phases of smoking treatment (e.g., Motivation, Preparation, Cessation, and Maintenance phases). For instance, based on this model, interventions designed to help motivate smokers to make a quit attempt (Motivation-phase interventions) were selected to be evaluated.

This research also used a cutting edge recruitment strategy to illustrate the translation potential for these findings. UW-CTRI collaborated with 2 health-care systems—Dean and Aurora Health Care—to modify the electronic health record in primary care clinics so that every patient was asked about smoking. Identified smokers were invited to participate in a program to help them quit or help them cut down on their smoking. If a patient were interested, an e-mail was generated from the electronic health record to UW-PASS staff, employed by UW-CTRI, who conducted screening, orientation, patient visits and follow up. Participant visits were conducted in their primary care clinic.

The study was also one of the first of its kind to use the Multiphase Optimization Strategy (MOST). MOST relies on engineering principles to systematically develop optimal treatment packages that include only effective components that work well together. This strategy uses factorial experimental designs to efficiently test multiple intervention components and identify the ones that are most promising. Factorial designs have the ability to evaluate an intervention component’s main effects (what it does by itself) and interaction effects (what it does when offered with other components). Once the most promising components are identified based on their main and interactive effects, MOST calls for their use in a combined treatment package and that the package be evaluated in a traditional randomized controlled trial.

Project 1 focused on increasing quit attempts and the ultimate success of those attempts amongst smokers who weren’t ready to quit but were willing to participate in treatment to cut down on their smoking (i.e., Motivation interventions). This experiment included 4 treatment factors that each compared 2 levels of treatment:

In sum, main and interactive effects showed that Motivation-phase nicotine gum and behavioral reduction counseling appear to be effective intervention components amongst smokers who are initially unwilling to quit.

Project 2 of UW-PASS examined the effects of intervention components amongst patients who were already motivated to quit smoking. It evaluated interventions that were delivered both before (Preparation interventions) and after (Cessation and Maintenance interventions) a quit attempt. Specifically, it examined whether use of nicotine-replacement medication and behavioral coaching before quitting smoking helped the patient remain smoke-free. Project 2 also tested intervention components delivered after the quit attempt: type of delivery (in-person coaching vs. telephone), intensity of coaching, and length of medication. This experiment included 6 treatment factors that each compared 2 levels of treatment:

There were 4 interaction effects at 1 year, showing that an intervention component’s effectiveness depended upon the components with which it was combined. Two types of treatment were found to be especially promising in helping smokers quit and remain so: 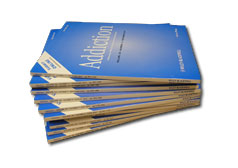 Read the 4 Papers in Addiction: