A paper published today in JAMA shows that using varenicline for just three months with counseling was as effective to help people quit smoking as taking it longer—or in combination with the nicotine patch.

“Previous research suggested that using varenicline for longer than 3 months—or along with the nicotine patch—could enhance its effectiveness,” said Dr. Timothy Baker, Research Director of the University of Wisconsin Center for Tobacco Research and Intervention (UW-CTRI) and lead author.

In the new study, UW-CTRI researchers tested this theory with a much larger sample size.

“We found the evidence did not support those changes to treatment,” Baker said. “Which in some ways is good news; taking varenicline for three months by itself appears to yield its full benefits.”

Baker noted varenicline has been highly effective at helping patients quit tobacco use, the nation’s leading preventable cause of disease and death, responsible for about half a million deaths in the US each year. 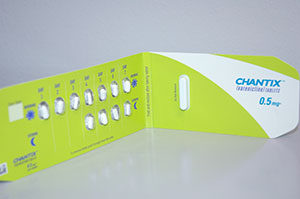 The new study, known as the Quitting Using Intensive Treatments Study (QUITS), was a randomized clinical trial of 1251 participants who smoked five or more cigarettes per day. Researchers found the following long-term quit rates among those who received:

None of the comparisons was different statistically, the researchers wrote.

“This is good news for people who want to quit smoking,” said Dr. Michael Fiore, co-author of the paper and UW-CTRI Director. “It turns out that, for most patients, there is no need to go through the hassle or expense of taking varenicline longer than three months, or in combination with other medication.” 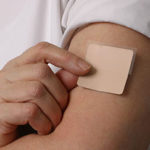 The research at UW-CTRI was funded by the National Health, Lung, and Blood Institute (NHLBI), part of the National Institutes of Health (NIH).

Baker spoke to a reporter from the United Press International, which reaches 34,000 unique viewers per day. To read that story, click here.