There are more ways to quit smoking, more resources to help people quit smoking, than ever, but people aren’t always given the chance to take advantage of these opportunities. A study published in Hospital Pharmacy examines those missed opportunities in the place they should be easiest to get—the hospital—and asks how we can change the way we help patients who smoke.

“When we saw that one of the problems with hospitalization is that people who need treatment for tobacco use don’t always get it, we wanted to change the way people thought about smoking in an inpatient setting,” said Dr. Paul Creswell, former UW-CTRI researcher and one of the paper’s authors.

And a change was needed: at the large midwestern university hospital where this research was conducted, few were offered evidence-based treatments to help them quit tobacco use.

“We wanted people to stop thinking about smoking as a behavioral choice, something that people will do if they’re going to do it, and more as a chronic, relapsing condition,” said Creswell. “That way, we can better ensure that treatment becomes the norm.”

One of the biggest hurdles in implementing this idea was finding a group in the hospital who had both access to the patients and the time and resources to provide treatment options. The researchers found the perfect candidates: pharmacists.

The study implemented a new inpatient workflow at the hospital that gave pharmacists the power to prescribe nicotine replacement therapy and refer to the Wisconsin Tobacco Quitline during hospitalization, and after a few phases of testing and feedback, the program was implemented hospital-wide.

“The most important and interesting part of the program is that it is what we call ‘opt-out,’” said Creswell, “where, if you’re eligible, this treatment plan is the default, so you don’t have to opt-in if you want it, you only have to opt-out if you don’t.

“I come from a background in psychology and risk perception, and this opt-out strategy plays off the idea of ‘predictable irrationality;’ that people are more likely to do something when it’s the default—or easiest—choice, when they don’t have to jump through hoops to get it. It’s easier on the providers as well because they don’t have to weigh a decision to treat, they can just treat anyone who is eligible.” 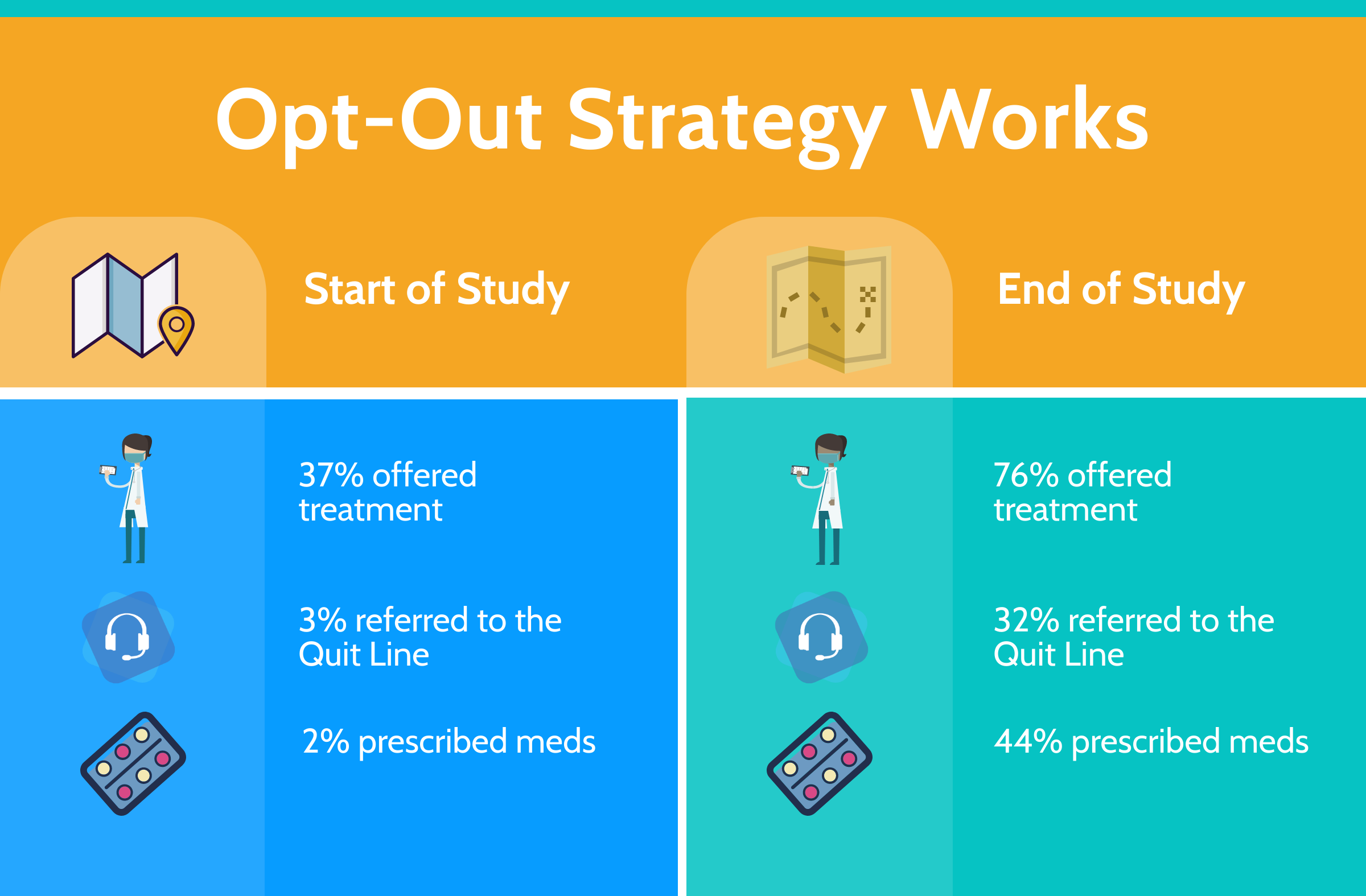 In the future, the researchers hope to gather patient opinions of this type of opt-out program and to implement it in more hospitals.

“We want to maximize the utility of different people in the health system, and look at the opportunities to get treatments to the people who need them most.”