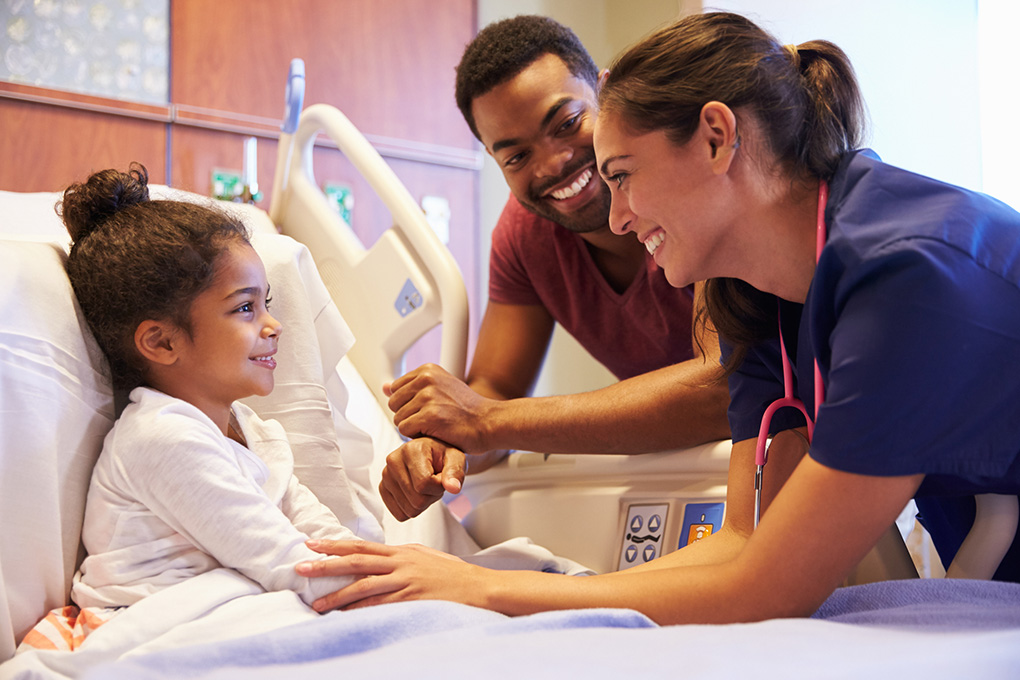 When children get hospitalized because of secondhand smoke, it can be difficult to approach their caregivers about going smoke-free. A new study published in Respiratory Care took a look into the people who are in the best position to offer those quitting opportunities—resident nurses and pediatric respiratory therapists—to see how they address cessation in an in-patient setting.

“As a hospitalist, I’ve seen smoke exposure in children, seen them suffer from smoke exposure,” said Dr. Brian Williams, the lead researcher and UW-CTRI physician-scientist on the project, “but I’ve also seen that we have a big opportunity in the hospital to really motivate parents to quit.”

The study surveyed 292 resident nurses and 109 pediatric respiratory therapists across four hospitals, asking them questions about how confident they were in recommending cessation opportunities to caregivers, how often they checked patients for smoke exposure, how often they advised keeping homes smoke-free.

Across the board, pediatric respiratory therapists showed more confidence in recommending cessation, checking for smoke exposure, and advising smoke-free homes.

However, the overall percentage of pediatric respiratory therapists who did each was below 30 percent, with the percentage of resident nurses completing these important tasks even lower.

Those numbers leave more than 70 percent of pediatric respiratory therapists and resident nurses who neither advised on the importance of smoke-free homes, nor reported that they had sufficient confidence to recommend cessation in the first place.

However, there was a silver lining: both groups reported a willingness to make changes for the better.

Both groups also recognized that during hospitalization was the optimal time to provide quitting opportunities and, more importantly, both groups reported similar—and similarly high—rates of wanting education on the topic.

“With this study, we had the chance to take a step back,” said Williams. “A lot of studies look at smoke exposure. But we wanted to get a better understanding of who is participating in both tobacco screening and counseling for parents in the Children’s Hospital.

“We can see where we have the chance to step in, and where we can improve how we identify and approach smoking parents.”

The researchers concluded that the pediatric respiratory therapists are in the best position to recommend quitting opportunities. Future research is necessary to capitalize on these results.

“As tobacco screening programs become more common in children’s hospitals,” said Williams, “we hope these findings can inform the design of cessation interventions for parents.

“We don’t want to judge. We want to provide an opportunity to improve lives.”