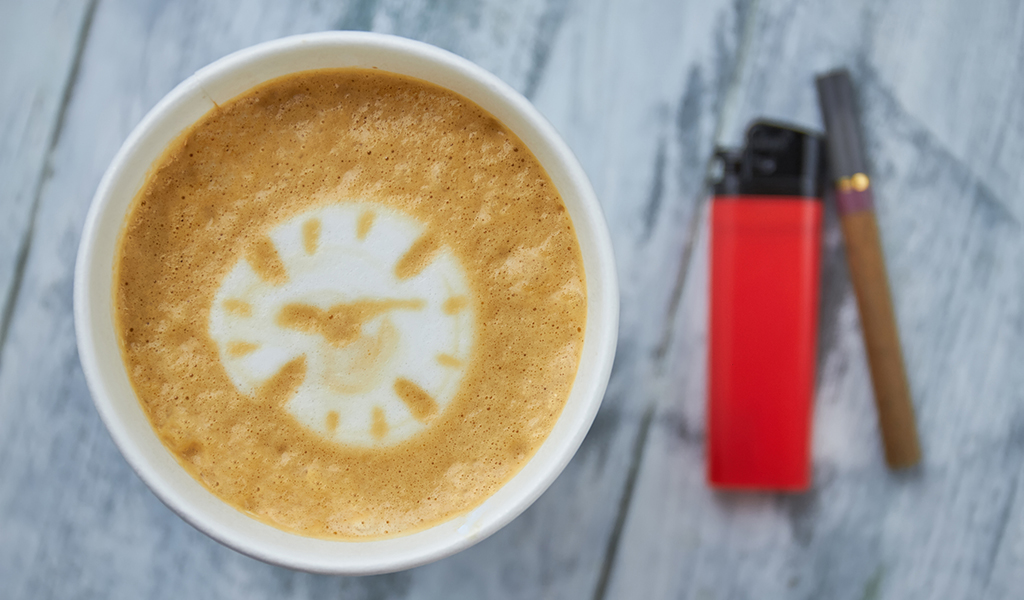 What leads smokers who are unwilling to try to quit smoking to change their minds and then try to quit? Researchers explored this question in a new paper based on UW-CTRI data which showed that increases in two factors—the time before smokers light up their first cigarette each morning, and the belief they can quit—predicted which unwilling smokers would change their minds and try to quit. In simple terms, smokers were more likely to try to quit if they were less dependent on nicotine, that is, go later in the day before lighting up, and if they were rather confident that they could quit.

The paper, published in the journal Nicotine & Tobacco Research, also showed that increases in motivation to quit predicted quitting success above and beyond all other smoking-related measures.

These findings are based on data culled from the UW Partnership to Assist & Serve Smokers (UW-PASS), Project 1. In the study, UW-CTRI staff worked with 517 patients from Dean Health and Aurora Health Care in Wisconsin who were in the ‘motivation phase’ of smoking treatment. That is, they were not yet ready to quit and were getting treatments to motivate them and prepare them for quitting.

“This research is important because understanding the processes that lead to quit attempts and abstinence in those initially unwilling to quit could help us refine and improve motivation-phase treatments,” said Dr. Jessica Cook, UW-CTRI researcher and co-author of the paper. “This could lead to more quit attempts and higher abstinence rates in smokers initially unwilling to quit.”

For instance, these findings suggest that treatments need to:

While researchers didn’t test which specific treatment factors led to increases in motivation or time-to-first-cigarette, Cook thinks it’s likely that these increases occurred, at least to some extent, as a result of receiving Motivation-phase treatment in this study.

“It seems likely that the UW-PASS intervention components, either nicotine-replacement medications or counseling, helped participants learn new skills, such as how to cope with urges or how to resist smoking in certain situations,” Cook said. “Learning new skills might increase confidence in a smoker’s ability to quit or might help them delay or avoid smoking during key situations, such as waking up in the morning or when around other smokers. All of these processes could be critical in determining whether someone makes a quit attempt and whether that attempt is successful.”

That’s key because while an overwhelming majority of smokers say they want to quit, most are not ready to try.

“Research, including our own, shows that pre-quit nicotine-replacement medication increases abstinence in smokers who are initially not yet ready to quit,” Cook said. “There is less evidence that behavioral interventions increase quit attempts and abstinence in this population. We are continuing to evaluate whether counseling might add to the effects of medication in helping those initially unwilling to quit to successfully stop smoking.”