An innovative “triple therapy” of three FDA-approved medications taken together—along with coaching on how to quit smoking—appears safe and shows promise, according to a UW-CTRI research paper published in the Journal of Smoking Cessation. 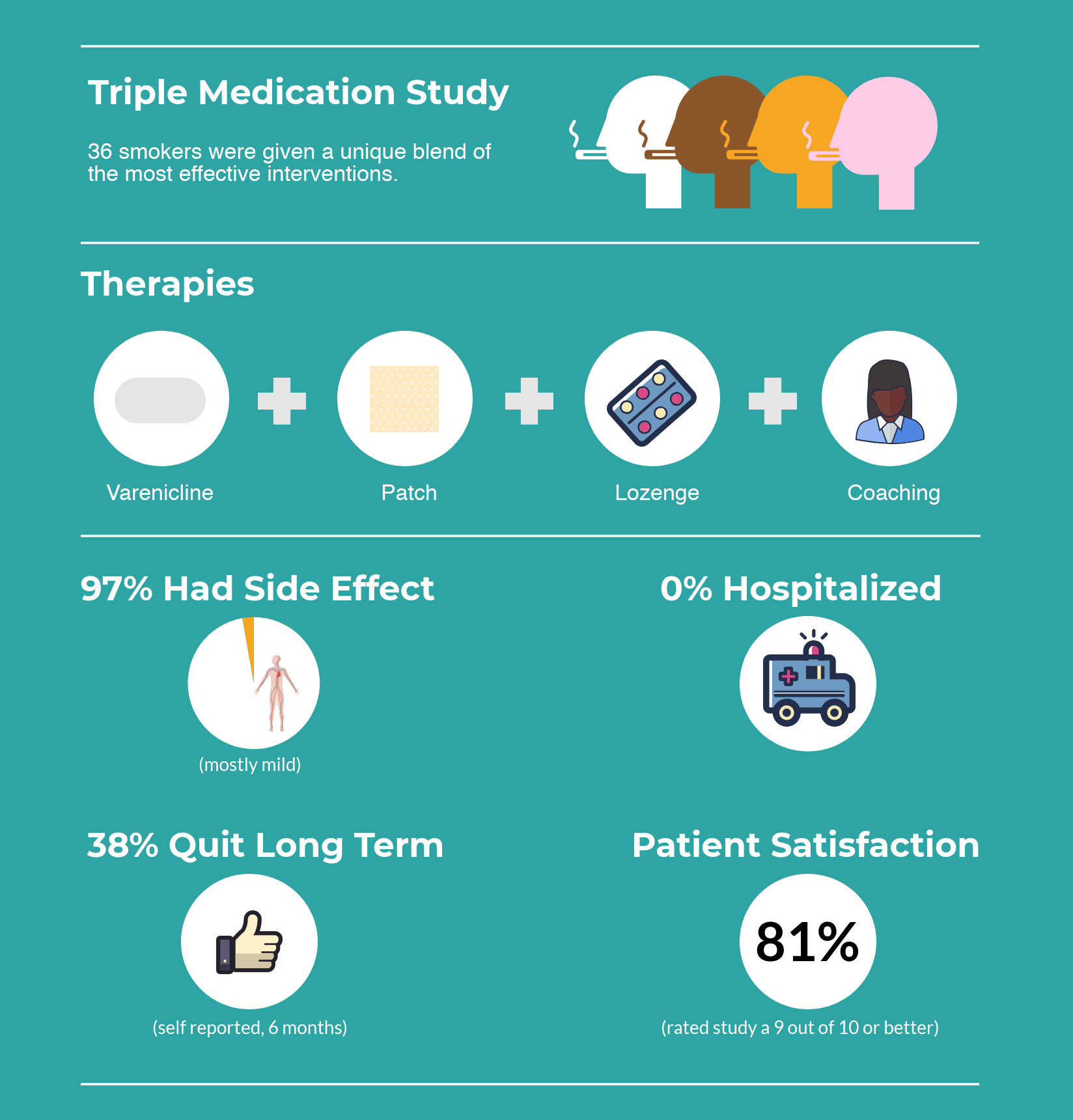 More than half the 36 patients in the study said the treatment, which combined varenicline (Chantix) plus the nicotine patch and nicotine lozenge, helped them to quit by the end of treatment. About 38 percent remained smoke-free long term.

“The participants liked the combination of medications,” said lead author and UW-CTRI Researcher Dr. Kristin Berg (left). “People responded to all the support we gave them, including frequent calls. They liked that we were giving them every top tool to quit smoking.”

In fact, 81 percent of participants surveyed gave the medications a “nine out of 10” for helping them quit, and 76 percent gave the triple therapy a nine out of 10 for controlling withdrawal from smoking.

This was the first study to report patient satisfaction ratings on this triple therapy. Multiple patients volunteered that they “love the program and the meds” because it allowed them to be able to quit, one participant in particular noted that this program was “fundamentally different” from other programs and that this quit attempt had been relatively easy compared to previous, unsuccessful quit attempts.

It did come at somewhat of cost, as all but one participant said they felt an unpleasant side effect, including insomnia (75% of participants), weird dreams (72%) or nausea (64%). Half adjusted their medications, 17 percent decreased dosage and 14 percent discontinued at least one medication.

There were no reports of severe adverse events, such as suicidality, hospitalizations, or deaths. A few people had severe mood changes. Four participants noted mild chest tightness.

Berg said the side effects would give her pause about prescribing triple therapy to her patients who smoke until we have more data, both on side effects and effectiveness. That said, she pointed out that participants seemed to be more than willing to take the triple therapy in exchange for what many reported was a much easier time quitting smoking. And, the rigorous nature of the study questions—including asking about each specific side effect on a regular basis—may have made the reporting of side effects more common than in other studies, Berg said.

Since this was an observational study, there were no comparison or control groups, limiting causal inference. The sample size is small, limiting generalizability. Since more than half of participants altered their medications, the quit rates can’t be definitively attributed to the use of triple therapy. It may be, in fact, that trying three medications simultaneously allowed participants to find the one or two that worked for them, UW-CTRI researchers concluded.

Berg said they also couldn’t conclude if the frequency of side effects were due to a synergy between the three medications, or simply from the fact there were more medications and therefore more variables at play for each individual participant.

Berg said the next step is studying this triple therapy in a larger geographic area with more participants, examining both safety and efficacy.