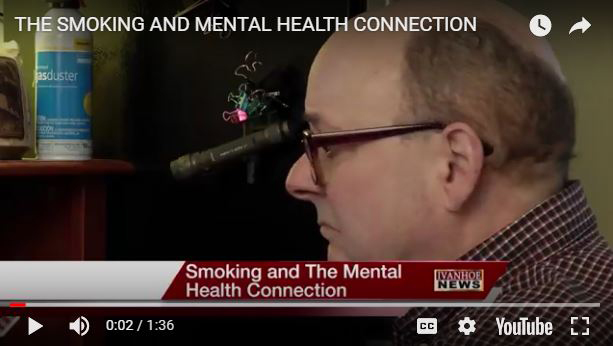 While most behavioral-health patients want to quit smoking, most providers who treat them don’t realize it, according to a recent paper in the Community Mental Health Journal. The paper is written by Dr. Li-Shiun Chen of Washington University in St. Louis in collaboration with UW-CTRI Director Dr. Tim Baker, UW-CTRI Director of Clinical Services Dr. Doug Jorenby and colleagues.

The researchers surveyed 213 patients with psychiatric illnesses who were treated at one of four clinics in and near St. Louis.

While 82% of patients with serious mental illness reported being interested in quitting or reducing smoking, 91% of psychiatrists claimed their patients weren’t interested. Other research shows behavioral-health patients can and do quit smoking, but 84% of psychiatrists claimed that “patients do not comply,” 62% said patients have a “lack of interest,” 58% insisted providers “lack referral resources” to treatment extenders and nearly half claimed they “lack the time” to treat the leading preventable cause of disease and death in America.

“We have identified an opportunity,” Chen said. “Patient interest in reduction and the provider perception of low motivation highlight the need for interventions targeting different phases of smoking cessation in these patients suffering disproportionately from tobacco dependence.”

Chen and colleagues found that, among smokers at community mental health clinics, 44% reported interest in using quit-smoking medication but only 13% reported currently using them. Similarly, 25% of smokers said they would gladly receive coaching to quit smoking but only 5% actually had received it. Half of smokers surveyed said they would be interested in trying vaping to quit smoking, but only 22% were currently doing so.

Research shows that 57% of those with serious mental illness such as schizophrenia, bipolar disorder or major depression smoke. In contrast, only 15 percent of U.S. adults overall smoke.

“We want the providers to be aware of patient-reported treatment needs and smoking behaviors,” Chen said. “We want the psychiatrists and caseworkers to know whether their patients have expressed a wish to stop smoking so that they can refer them to counseling or provide them with prescriptions for nicotine lozenges, patches or other medications that may help these patients quit smoking. We think those fairly simple changes really could pay off in a big way.”

To watch a news video about this study, click here.

In Wisconsin, the Wisconsin Nicotine Treatment Integration Project (WiNTiP) works to train providers on how to use their skills to help patients recover from tobacco addiction. They also encourage providers to refer patients who smoke to free resources such as SmokeFreeTXT and 800-QUIT-NOW.

For more information on smoking and behavioral health, visit the WiNTiP site at www.HelpUsQuit.org.