Dr. Doug Jorenby began working on tobacco research before UW-CTRI became an official center in 1992, yet he swears he’s not the real Dr. Who. Jorenby began working with the group that would become UW-CTRI, then known as TRIP, or the Tobacco Research and Intervention Program, 25 years ago.

Back in 1990, Dr. Jorenby was a PhD student working with Dr. Tim Baker, now the research director at UW-CTRI. Baker called Jorenby and said, “There’s this really nice physician named Dr. Fiore, and we have an opportunity to study the nicotine patch. I said, ‘that would be really cool.’ Tim said, ‘We need people to facilitate the smoking cessation groups for a new quit-smoking study involving the nicotine patch.’ I said, ‘Sounds great, Tim. But between my clinical internship and the outpatient rotation and teaching an early evening extension class, the only night I’m even home is Mondays.’ Tim said, ‘Yeah! Mondays would be great!’ So the next thing I knew, I had two people in a cessation study group.” 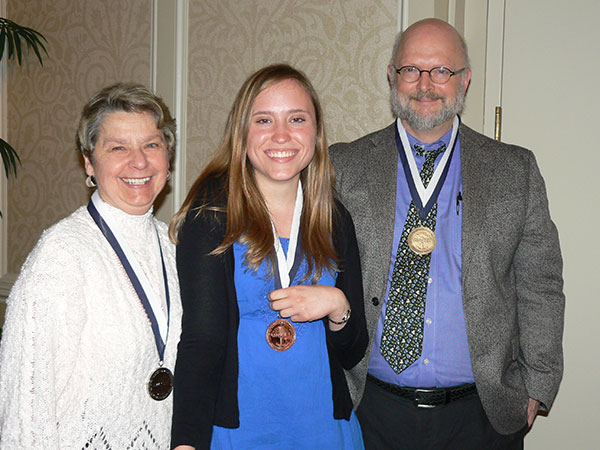 In 1991, the group that would become UW-CTRI was housed on the 7th floor of the old University Hospital. The team consisted of four people—Jorenby, Baker, UW-CTRI Founder and Director Dr. Michael Fiore, and Ann Schensky as the administrative staff person.

One day, Jorenby had his office window open.

The electrician pointed. “’Well, that vent comes up from the infectious disease lab.’ Bam! The window went down and was never opened again.”

When Jorenby started working on one of the first phase 3 trials examining the effectiveness of the nicotine patch for smoking cessation, he hadn’t actually met Dr. Fiore yet. That’s because at that time, Dr. Fiore had been called up for active duty from the Army Reserves in 1990 for Operation: Desert Storm, serving in Germany. So the two didn’t meet until after Fiore returned from the war in spring of 1991.

Since that time, Jorenby has helped thousands of patients to quit tobacco addiction. For a few of them, tests revealed a need for urgent medical care, including one who had life-saving surgery due to tests run at UW-CTRI. Jorenby had one patient who came in to the UW-CTRI clinic who worked in a warehouse in the bitter cold, and the company had closed the doors where the patient had operated a forklift.

“He came in and told us he had this pounding headache and didn’t think it had anything to do with the study, and said he didn’t have anywhere else to go,” said Jorenby, now the director of clinical services at UW-CTRI. “I said, ‘Would you mind blowing into the CO monitor.’ He blew 97 or 98 parts per million. At 100, you should pass out. We got him sent to the emergency department. Even though it had nothing to do with his study participation, he came to see us first because he trusted us and valued that.”

Of course, not all times have been so pressing, and Jorenby has many lighter memories, like the time he discovered his students hadn’t seen Casablanca and other classic movies. “We had a remedial film festival after work to fix that.

“For me, as time went by, it became more and more about the people. We have had some amazing people who have worked here over the years, some of whom have stuck around. Students, study participants, and some of the folks who have come to the clinic that are just so memorable. In fact, the first person who came through the smoking-cessation clinic, I still think of him from time to time, just a very impressive individual quitting with lung cancer. Looking back, that’s what has kept me interested and makes it worthwhile to come into work, even when there’s a challenging wind chill.”

Dr. Jorenby has been appreciated by so many colleagues such as Donna Muehlenbruch, who worked closely with him as a nurse at UW-CTRI for more than a decade. “Doug always had time to listen, support, praise and mentor in his kind, professional manner,” Muehlenbruch said. “I so enjoyed his humor, stories and jokes. A lighthearted e-mail (especially if it involved cats) from Doug always made a hard day much easier. I admired the respect he gave all students and his willingness to help in any way he could to further their educational experience. He was genuinely interested in them, not only as a student employee but as a person.

“The study patients and his staff were his top priority and he made sure that all ran smoothly—both by the book and the heart. I remember he never complained when I ‘needed’ to schedule a very early morning or very late study visit. Instead we got it done together and then he’d tell me what a ‘great job’ I had done. I miss working with Doug and would jump at the chance to indulge in one of his TO-DIE-FOR chocolate desserts again. They made brown-bags much more fun. UW-CTRI was a wonderful place to work and Doug was the frosting on the cake to make my retirement fulfilled.”

Jorenby reflected on his career thus far, and the impact of the Center. “One legacy that we have is the ripple effects of the thousands of people who we helped to quit,” he said. “I’m going to define that more narrowly than Dr. Fiore when he gets it to ‘infinity and BEYOND.’ But I think another part of the legacy is the people who have come through in a work or training capacity. People out there like Sandra Japuntich, Kate Blum, Doug Koehn, Michael Hartman, and Adam Clements who are working healthcare professionals, and I know that when people come into their office if they’re smoking, they know exactly the best thing to do with them. That keeps building from there. In a lot of ways, that’s what I think our legacy is.”