Paul D. Creswell, Ph.D., is a researcher at UW-CTRI. He has more than 15 years of experience in public health research and practice and has worked on a variety of topics including tobacco control, carbon monoxide poisoning, cancer health disparities, financial stress, and environmental health.

Creswell first started working on tobacco issues at the UW Carbone Cancer Center in the early 2000’s, collaborating to assess the effects of the Madison smoke-free indoor air policy. He was also part of a team who studied tobacco-related health disparities in American Indian communities, led by UW-CTRI Director of Biostatistical Operations Dr. Stevens Smith.

Creswell earned his Ph.D. from the University of Wisconsin Department of Population Health Sciences in 2014. During that time, he was the recipient of a T-32 fellowship from the Agency for Healthcare Research and Quality. Through his doctoral thesis, he wrote about the psychological implications of bankruptcy for families and children. He also studied the effects of financial strain on families of children with cancer. He is a recipient of the University of Wisconsin Housing’s Honored Instructor Award (2013) and a fellow at the Center for Financial Security at UW-Madison.

Creswell served for six years as the Senior Epidemiologist for the Wisconsin Environmental Public Health Tracking Program at the Wisconsin Department of Health Services. There, he worked on several environmental issues, including the outbreak of lung injuries related to vaping.

Creswell is interested in the intersection of psychology, environmental exposures, tobacco, and public health and is excited to be part of the UW-CTRI team. 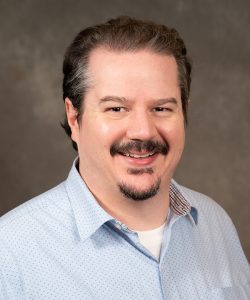