Stevens S. Smith, PhD, is a professor in the Department of Medicine at the University of Wisconsin School of Medicine and Public Health. After earning his Ph.D. in psychology in 1990 at the University of Wisconsin-Madison, Dr. Smith completed a research fellowship at the National Institute on Drug Abuse (NIDA) Addiction Research Center in Baltimore, Maryland. He then returned to UW-Madison to pursue postdoctoral training in clinical psychology and preventive oncology. Smith joined the UW-CTRI in 1992 where he is currently a senior clinical investigator, a licensed psychologist, and Director of Biostatistical Operations.

As a clinical scientist, Smith has been involved in several lines of research concerning addiction and psychopathology. Before joining the UW-CTRI, Smith studied psychopathy/antisocial personality disorder and later conducted psychological and molecular genetic research on vulnerability to addiction at NIDA. At the UW-CTRI, Smith has been involved in numerous studies investigating behavioral and pharmacotherapy treatments for nicotine dependence, the nature and measurement of nicotine withdrawal and dependence, tobacco-related health disparities in American Indian communities, and quitline-based delivery of tobacco cessation treatments. He also has a special interest in statistics and methodology. 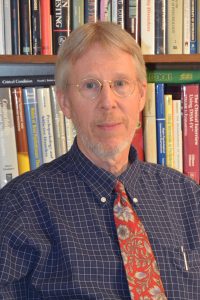